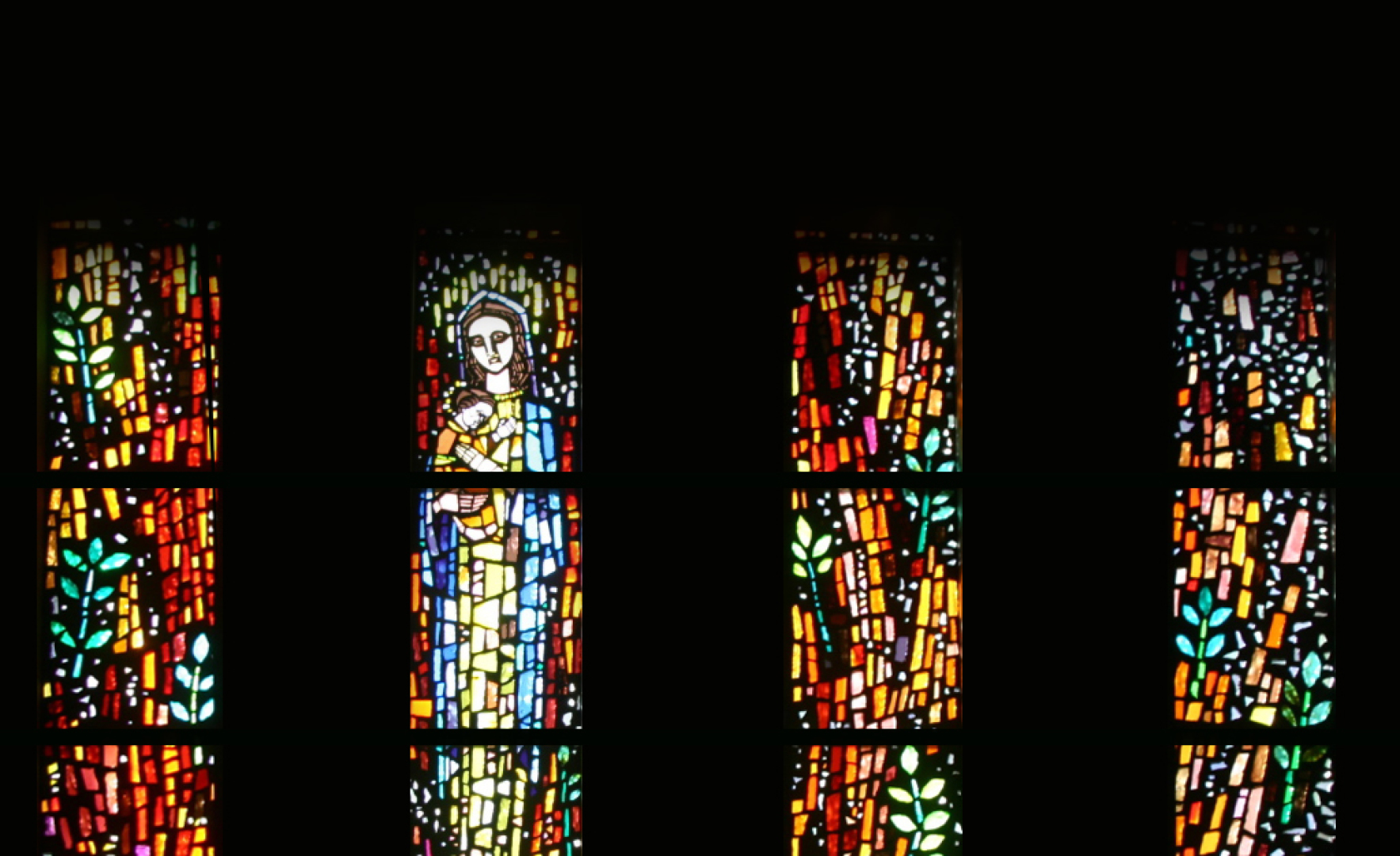 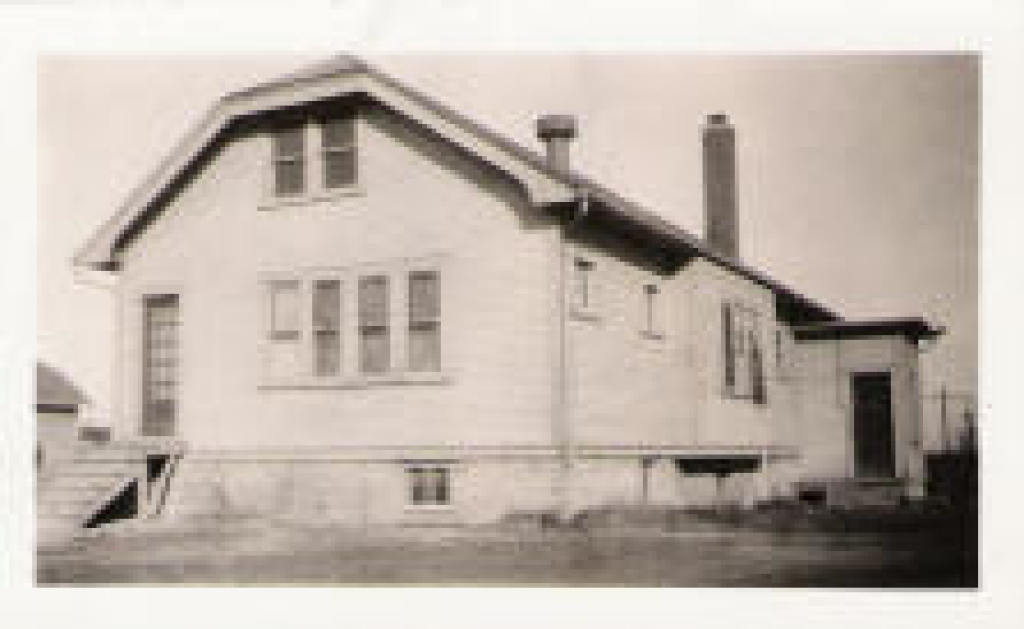 Services were first held in the house chapel of the Salvatorian Monastery which was adjacent to Holy Cross Cemetery. On December 8th, 1925, the Parish was founded. Fr. Willibald Unger, S.D.S. was the first pastor and he served the parish for 15 years. Fr. Willibald was encouraged to immediately begin a school. He asked the Salvatorian Sisters to staff the school and Sr. Hedwig was very happy to accept. The first years of teaching at Mother of Good Counsel were unbelievably difficult as the area was sparsely settled with only 200 families on the parish rolls.

The Sisters received no salary from 1925 to 1929 but were supported by the province. Neither did Fr. Willibald receive a salary. What little money came in on Sundays helped to pay heat, light and the barest necessities. The first building was a bungalow built in 1926 that served as both church and school. Several members remember how the students would open a trap door to the basement and put all the chairs and desks away for weekend. They would also haul all of the pews up and set up the bungalow for Sunday mass. Then they would reverse the process every Monday.

A new combination building was built in 1928 consisting of a lower-level Church and 8 classrooms on the 1st and 2nd floors. The sisters lived on the second floor for the first few years. The bungalow became a social hall. Pictures of these buildings are included elsewhere in this book. 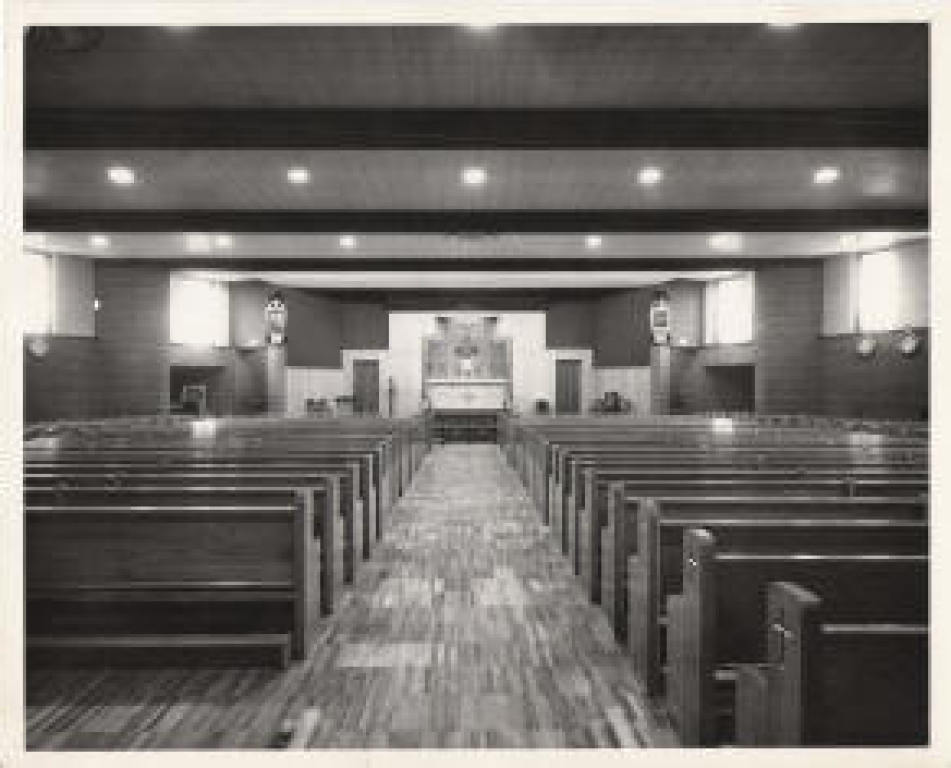 A new pastor, Fr. Paul Schuster, S.D.S. arrived on February 23rd, 1940. Under his leadership a new wing with four classrooms and a dining room and a gym was built in 1942. During the next years the parish continued to grow and another building was built in 1948. This added a larger lower-level church, a spacious kindergarten and 10 more classrooms. The older lower-level church was changed into a dining room for the school. Also a Boy-Scout House was built and officially dedicated on February 13, 1949.

In the fall of 1949, Fr. Paul introduced the 9th grade and 2 years later a Jr. High School was opened at 68th and Burleigh St. It served the needs of the parish for approximately 10 years. Past and present parents and children owe a profound debt of gratitude to the devoted service, self-sacrifice and patience of the Salvatorian Sisters who carried on the educational work of Mother of Good Counsel School. As many as 30 Sisters staffed the school at the time of its peak enrollment. Through their dedication and service, the 6 "R's", Reading,'Riting, 'Rithmatic, Religion, Respect and Responsibility that they established, continue to this day.

On August 15th, 1952, St. Pius Parish was established. It was the first of the parishes founded from our main parish. In August of 1953, Fr. Joseph Derks, S.D.S. was appointed Pastor of Mother of Good Counsel Parish. Because of the rapid growth of the parish, 2 new parishes were organized in 1955. They were Our Lady of Sorrows and St. Margaret Mary. Their children still came to our school for a number of years until their own schools could be built, pushing the enrollment to 2,100 children at times. During this time MGC School was the largest Catholic school not only in Wisconsin but also the United States! 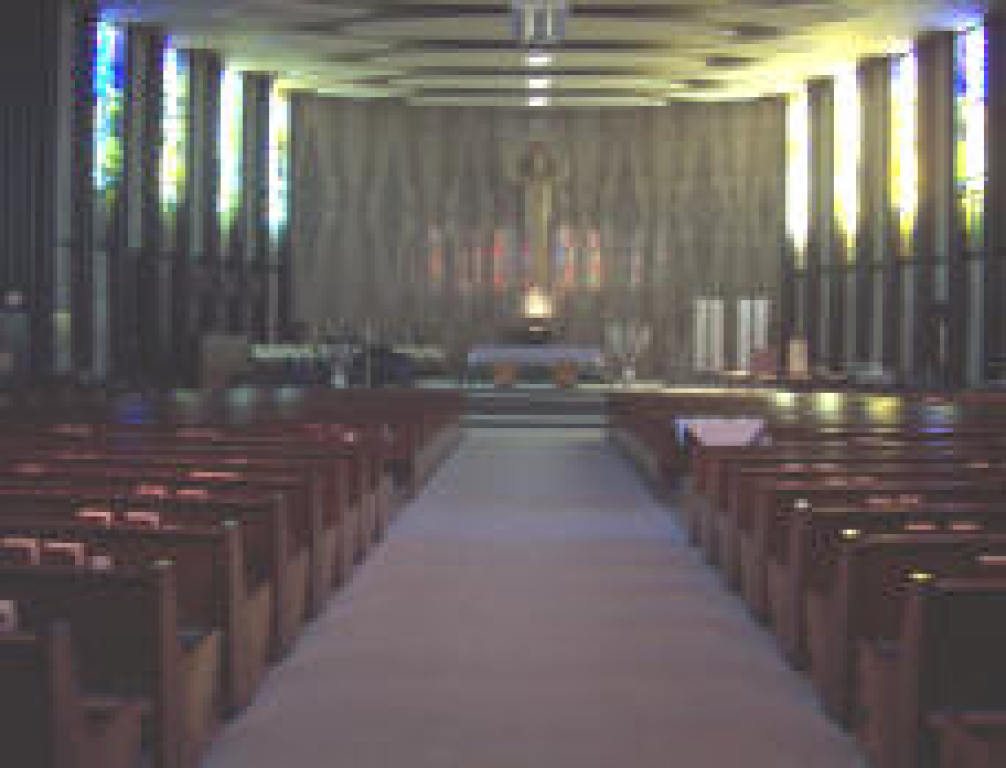 In 1958 a new rectory was built and blessed on the feast of St. Joseph in 1959. When Fr. Joseph Derks became Pastor, he organized the Patron Club, which was truly the answer to the parish's financial problems. Through this club a new church was planned and a special groundbreaking ceremony took place on October 9th, 1966 with the cornerstone being laid on October 29th, 1967 by Bishop Roman Atkielski. Archbishop William E. Cousins dedicated the new and present church on December 8th, 1968.

In 1975, during our Golden Jubilee year, the final building phase of the Church was completed. A wing off the main corridor was added consisting of a Bridal Room, Rest Rooms, and the long awaited focal point of the church exterior - the Bell Tower. The Dream finally came true!

In truth, a person could say that the formation and structural phase of the parish was now completed, however, the task of improving and maintaining continues. Fr. Joseph Derks served on for 17 more years and in 1985 Fr. Fred Roesing assumed the pastoral duties. Fr. Fred implemented the directives of the Vatican II Council; the first Parish Council was formed; weekly Lenten Ecumenical devotions with neighboring denominational churches was established; the formation of a hand bell choir and the recruitment of additional singers which greatly strengthened our existing choir; the Human Concerns Committee was established and Rev. Dean Collins became the first parish Deacon.

After serving as an Associate, Fr. Raphael Berringer assumed the pastoral duties in 1991 and encouraged the Parish Social Ministry Program of the Council. In October of 1992 Fr. Dan Pekarski S.D.S. became the pastor and a new phase of parish campus improvements were begun including outdoor landscaping and lighting, automatic door openers; school updates such as a computer lab and a new automated circulation system for the library. To fund major improvements including renovations of the Fr. Joseph Derks Gym and Alumni Hall, the MGC TOGETHER 2000 CAMPAIGN was formed in 1995. It replaced the former Patron Club which had continued to that time. Together 2000 raised over $1,000,000 for needed repairs at the school.

Fr. Dan Pekarski stayed on until the beginning of 1998 when Fr. Michael Shay S.D.S. became the new pastor. The second parish deacon, Rev. Andrew Meuler was installed at this time also. Fr. Shay reintroduced the Seder Meal Ritual during Lent and implemented the administrative model of the parish. In 1999 Fr. Shay was called to become the Provincial of the Salvatorian Order and thus Fr. Carey Lahrs, S.D.S. became the new pastor of Mother of Good Counsel.

As with every big endeavor, the parish has been nurtured and sustained over the years by many societies and organizations. The officers and members of these groups have shown their love for the parish in countless ways. While there is not space here to recount the history of these organizations, over 40 still serve the parish and school community.